Hi guys, this is the old Matchbox 1/76 JagdPanther, I decided to put it on its original base for nostalgic reasons, I pimped the base up a bit and added 2 figures from Revel's late war German box (average figures 6.5/10) I had both the 1/72 Revel and 1/76 Matchbox so I decided to make the Revel as an early and the Matchbox as late, interestingly both kits are exactly the same size, but not sure which one is incorrect, the track were replaced with Italeri Panther tracks, not the best but better than the crap originals, even though this is an old kit it builds up nicely with a little care, I added a few parts from the Revel kit to upgrade it to a late, and detailed with wire plastic card and aluminium. I was going to put a figure in the hatch but never got around to it. 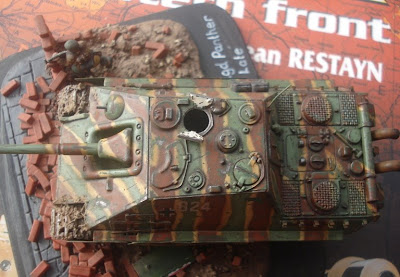 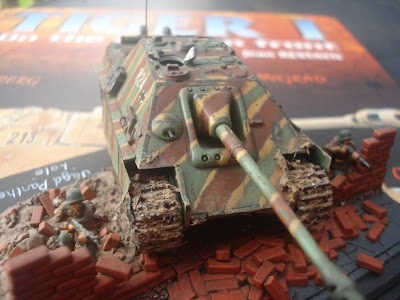 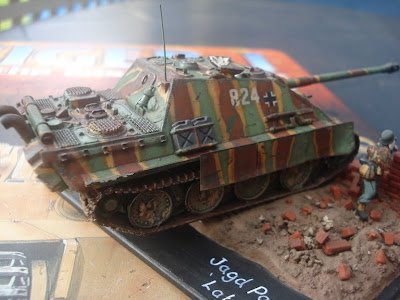 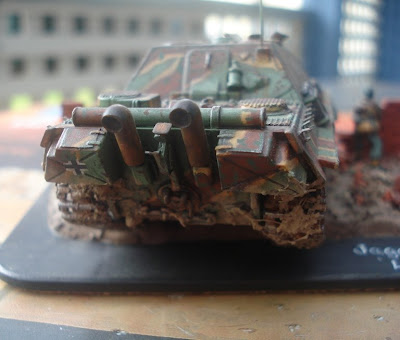 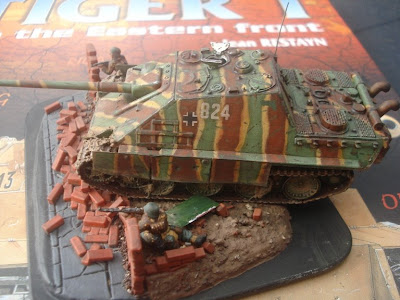