I had a surplus Victrix plastic Napoleonic Austrian box in my stash, so thought I would create a Napoleonic Imagi-nation army for Sharp Practice, (these aren't finished yet, I need to give them more of a campaign look) I'm thinking Saxe-Carlsburg, we all know that this famous state participated in nearly every campaign of the Napoleonic wars, famously in Spain, Russia on the French side, and on the British side at Waterloo, again we all know they were dressed in lighter blue coats than Bavarians, buff yellow breaches, white cross belts, and national colours cockades/drum loops light blue and yellow.
I will also be doing 1 or more cavalry groups, possibly Hussars and Cuirassiers, I have Perry's plastics for both, the Cuirassiers would have bicorns. 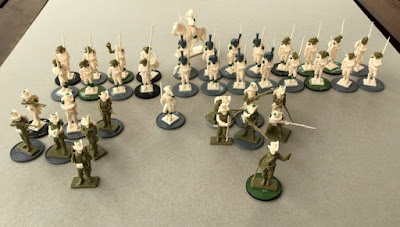 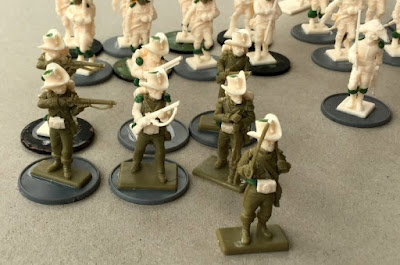 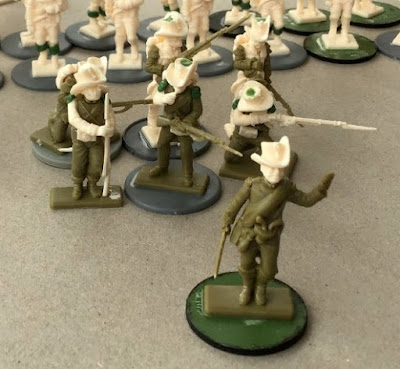 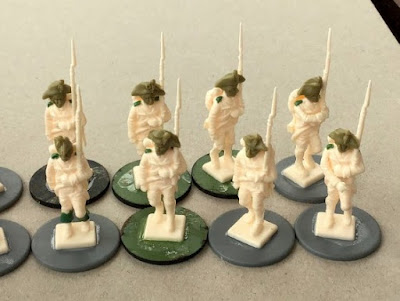 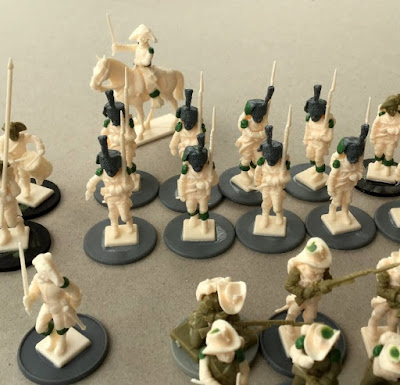 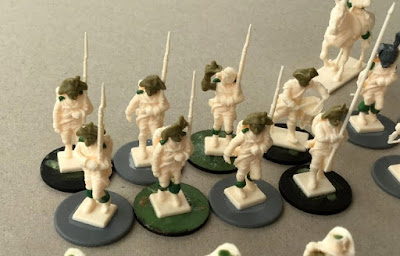 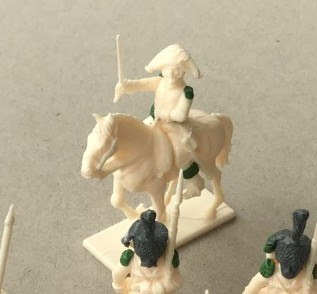