Haven’t posted for a while, but I intend to do regular updates from now on, I played a few games of Battletech in the 90s and liked it, but never invested, it was always on the periphery of my mind, and has come into focus through the PC game Battletech and MW5, I made a few BT mechs in 15mn which is my preferred scale for sci-fi, I always felt the metal BT mechs were a little anemic, thin legs etc, I 3D printed a few and they are nice, but then I found catalyst games plastic mechs and I’m hooked, have gone on a bit of a spending spree and now have at least 1 of most of the mechs they make, I’ll split them into, Steiner, Kurita, Jade falcon, an 2 x mercenary forces, I’ve started out with some test paints for Kurita and the 2x merc groups.

Kurita - just went with a generic black/red scheme, all markings are hand painted, I may change the scheme a little for future addition, some all black with red highlights, others all red with black highlights, these are 90% finished.

Merc group 1- purple/sand this is based on 1 of my MW5 campaign schemes, these mechs are all 3D printed, they are pretty nice, especially the Atlas and Annihilator, but their details are a little shallower than the plastic mechs, all markings except the numbers are hand painted, 90% finished

Merc group 2 - another MW5 scheme of mine, this one I gave each mech their own colour scheme, there’s still a lot of work to do on these, only the nightstar and thunderbolt even have their basic colour scheme done, the others are really only in their undercoat/basecoat phase. 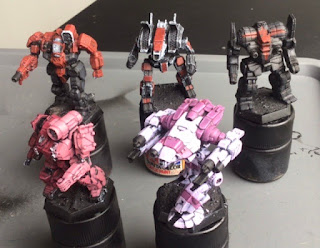 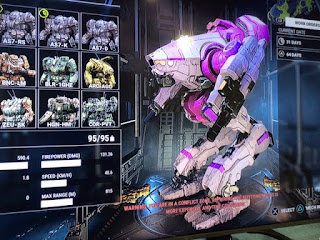 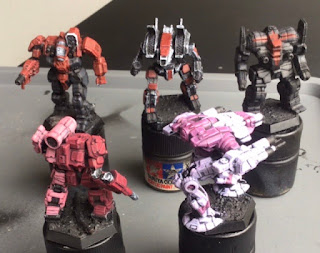 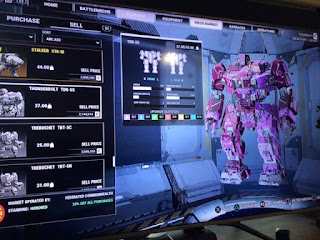 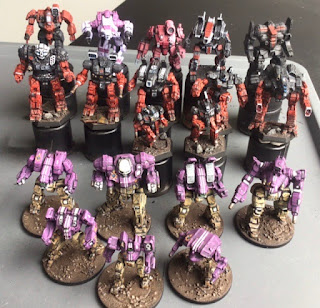 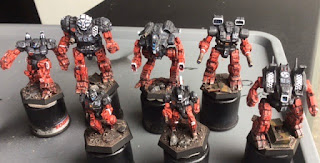 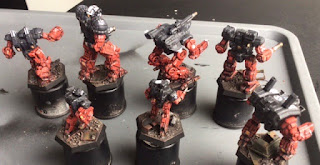 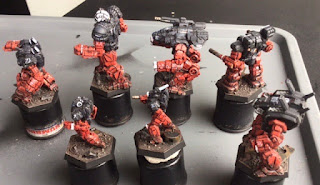 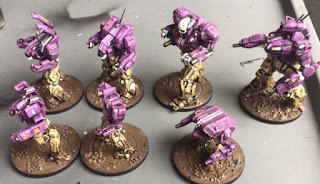 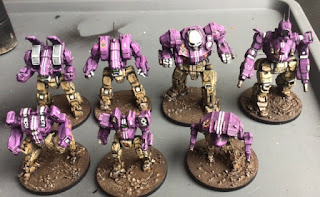 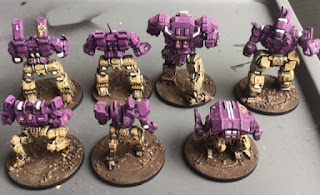