So my Mechwarrior clix have arrived, here is a group shot with some of the other Mech I have built so far, so here is the problem, I think they are all (the clix) about 30% to small, my 2 largest mechs I'm classing as 100 tonne assaulty mechs, the mech sitting between them is a  clixs 100 tonne assault mech, I won't be able to get it to the same size, but I might be able to get another 30mm height and some more bulk out of it, and the same with the others, I will make some strategic cuts around ankles, knees and waist and place some spacers in, then bulk them out with extra armour.
I should have about 48 mechs in the collection now, so will build 4 factions with 12 mech and 15mm supporting infantry and vehicles, I will do a Davion, Jade Falcon, Mercs, and a 4th undecided faction. 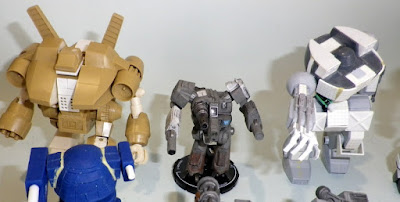 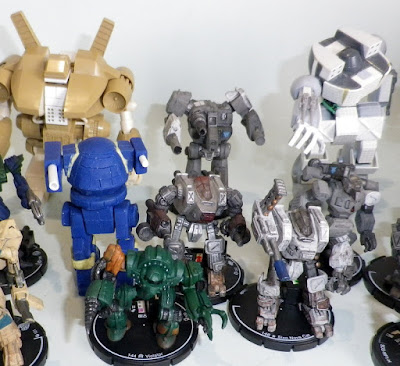 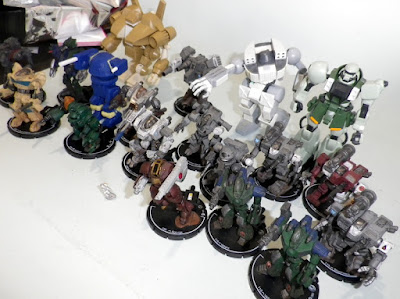 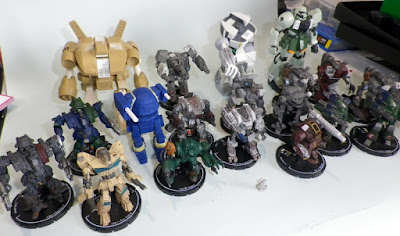