I took my Chain of command Romanians on their first hit out today, they came up against Scott's Pz Grenadiers in a battle for the cross roads.
Somehow the Romanians had a morale of 11 and the PGs 9, the Romanians were on the offensive.
A note on the 2 forces, the German Pz Grenadiers have small 10 man sections with heaps of fire power (2 belt fed LMGs) and strong command, the Romanians have large sections of 17 men, which gives them decent fire power of 14 rifles and a magazine fed LMG, but a weaker command.
After the patrol phase we ended up with ze Germans concentrating their troops (first pic orientation) in the lower left, and da Rumanians in the top right.
The idiot Romanian commander (me) decided to send a section on a leisurely stroll down the road towards the cross roads, because, well that's where we want to go, right? I deployed a second section in the 2 story building centre of map, with the rifle sections down stairs and the LMG upstairs to take advantage of the window looking down the road to the cross road.
Surprise surprise the Germans popped up at the cross roads and sprayed the advancing Romanian section with fire, luckily they were moving tactically and only lost 1 man killed and gained 2 shock.
The next couple of turns we slugged it out with an exchange of fire between the LMGs in the 2, 2 story buildings and the sections on the ground around the cross road, I managed to set up my HMG at the T intersection and pored more fire into the 2 story barn, my 38t entered via the road near the 2 story house and added its weight of fire to the barn, the LMG in the barn did kill a couple of my guys in the 2 story house, but withdrew to ground level outside the barn after its leader was injured.
The German managed to ambush the section that originally tried to advance down the road, but I was again very lucky and only lost 1 man and gained a couple of shock.
The tables turned when by weight of fire power I was able to kill half the section occupying the cross roads, breaking them and killing the entire section deployed at the bottom of the middle road (first picture orientation) which reduced the Germans to 3 morale.
Some conclusions, I like this game, tanks are not dominant, and are quite vulnerable at close quarters, the Romanians large sections are able to absorb and dole out a lot of punishment, where as the Germans can do even more damage but can't absorb much, which hurt them in this game.
The terrain turned out great and I will be expanding it as I go (everything except the mat and roads are Scott's) I was going to use cardboard buildings, but I am now thinking of going with Airfix resin buildings.
Scott also gave me a bag of metal Romanians to swell out my force, not sure who makes them but they are nice figures, I will be making a Russian force to oppose the Romanians next. 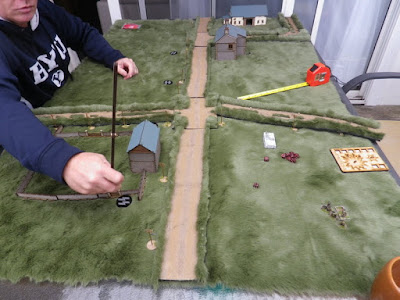 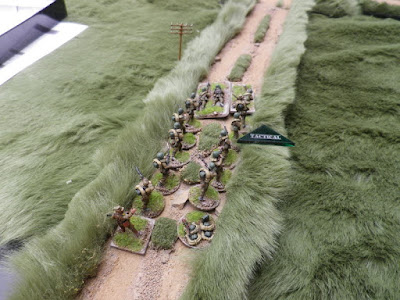 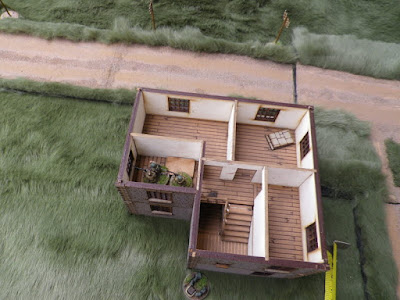 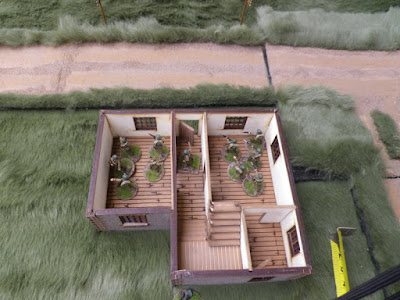 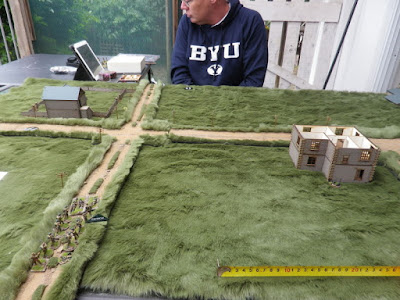 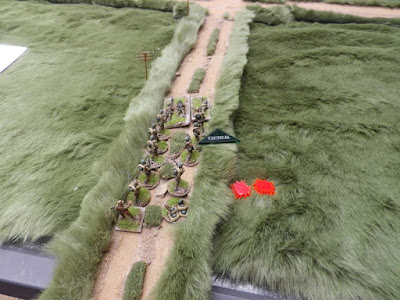 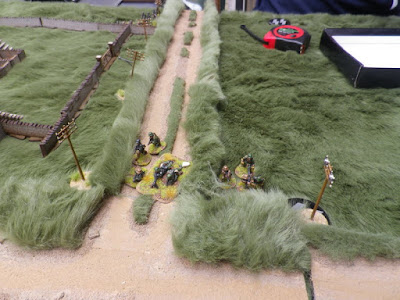 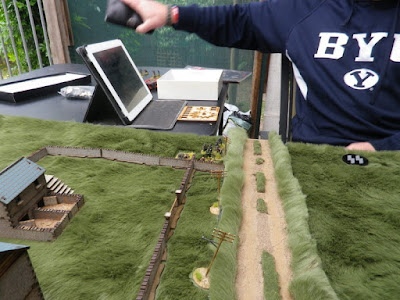 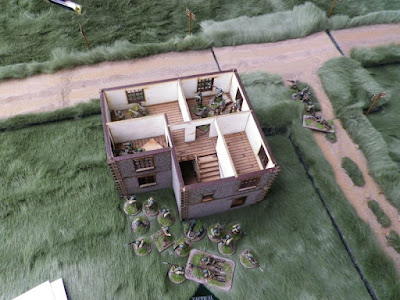 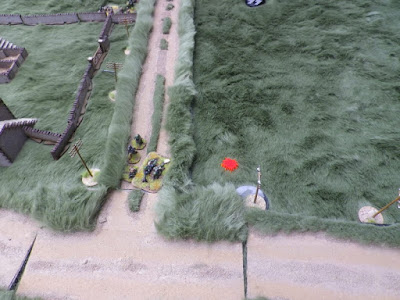 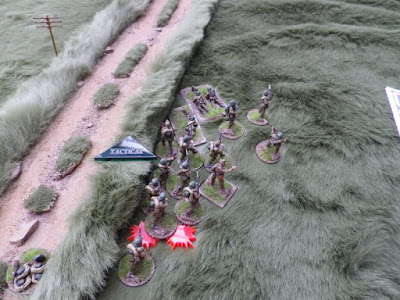 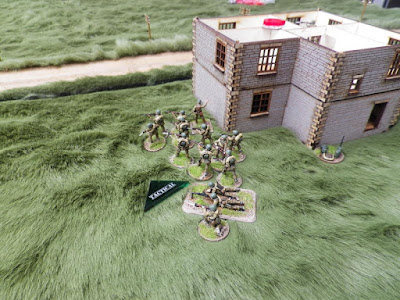 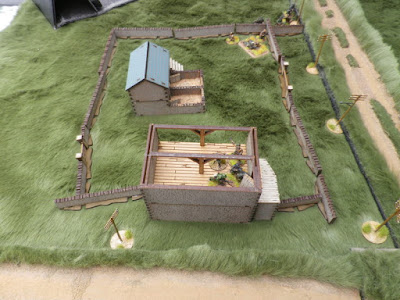 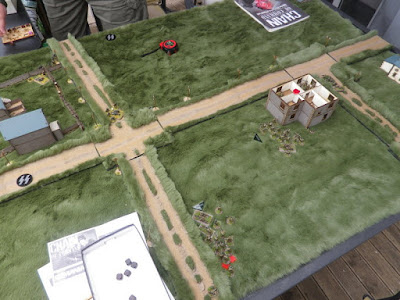 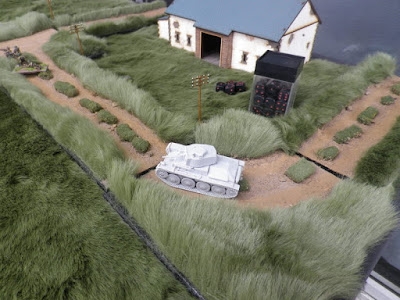 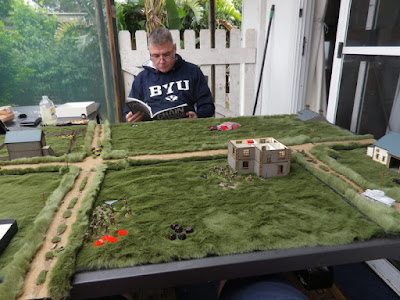 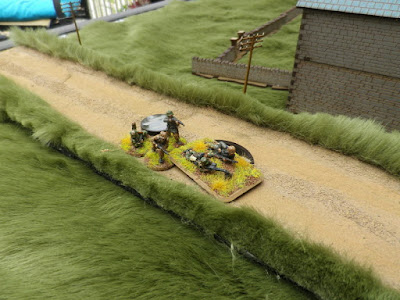 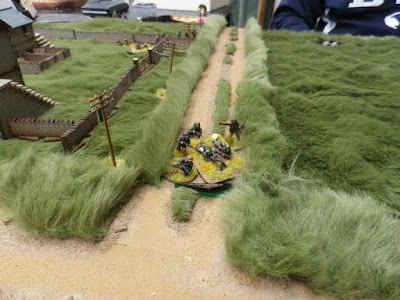 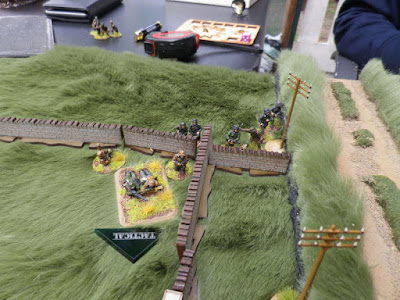 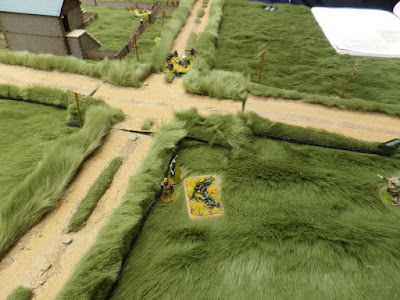 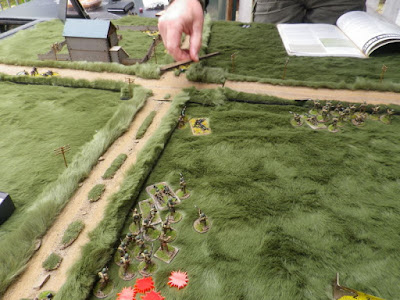 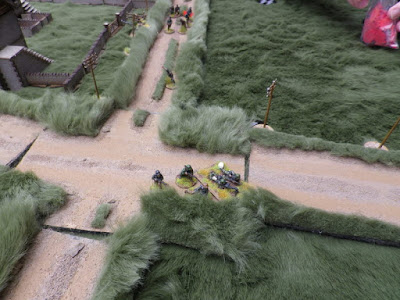 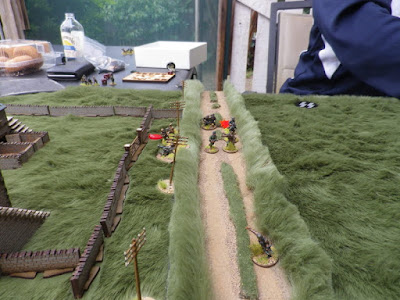 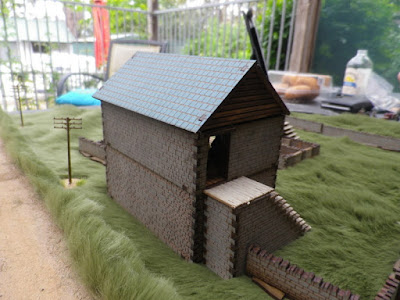 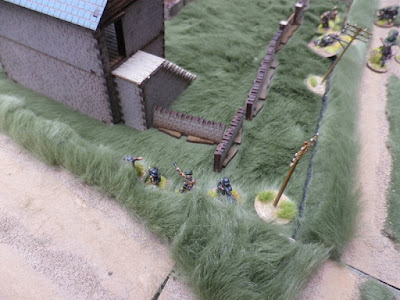 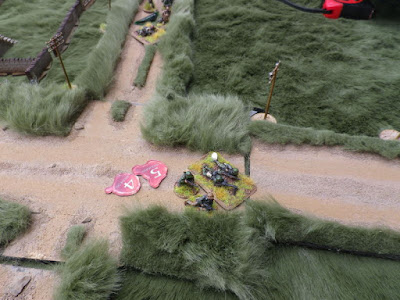 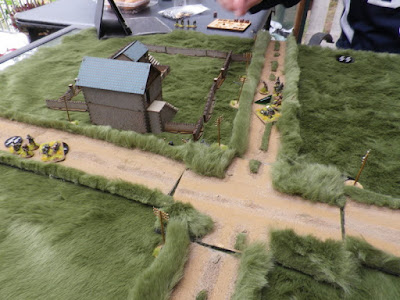 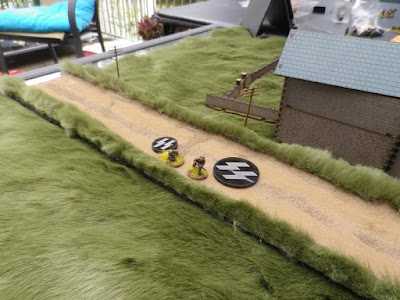 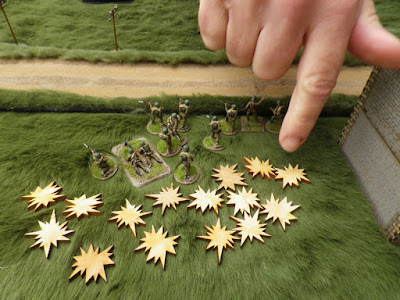 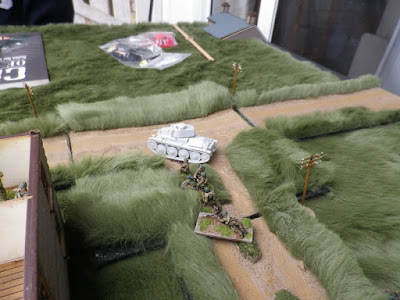