As I am making WWII Rumanians for Coc, I want a Russian opposition, my mate Scott doesn't have Russians, so I have decided to make one myself, (I also have a Russian Naval Marine force on the work bench for my Stalingrad project, but wanted a regular army one as well)
I have a fair few plastic Russians in my stash, Italeri, PSC, Airfix and Revel, but I didn't really like the mix, so I checked out PSR for some ideas, and I liked the look of the Strelets Russians, they have a nice chunky look and I think they will paint up well, to get a wide range of poses I decided to get 3 different packs, RKKA infantry 1939-41, Red Army winter war (mainly in greatcoats), and Polish peoples army ( all in greatcoats) the last 2 would need head swaps, as a few of the Russians are in pointy hats that stopped being issued in 1940, and the Polish troops mostly had Square topped caps.
I need 5 NCOs with rifles, but suitable figures are hard to find ( most NCO types have submachine guns) so did some converting so they were pointing or doing hand signals (pics below, the fig on the left is the original pose) I'm going to leave the lieutenant unconverted, he has a pointy hat, but it will give him a bit if character.
Unfortunately the Polish troops were a bit smaller than the Russians, but hopefully they will mix in OK, I'm not a big fan of the PSC Russians, but I like their big helmets so used them for head swaps on the larger Figures, and Revel heads on the Polish figs.
I will be doing some other assets, tanks etc as well, all comments welcome. 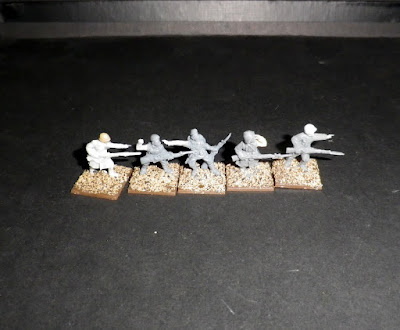 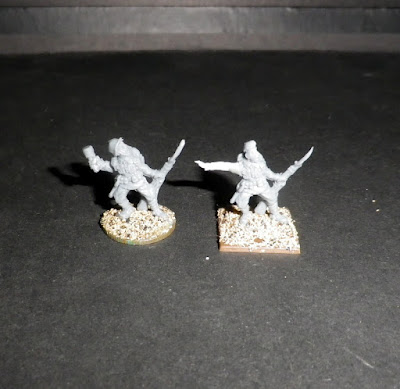 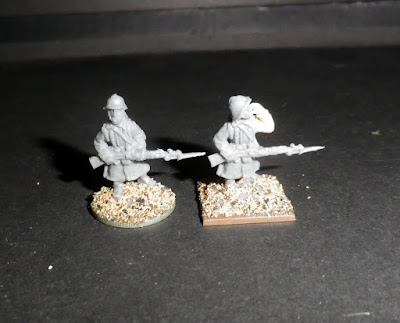 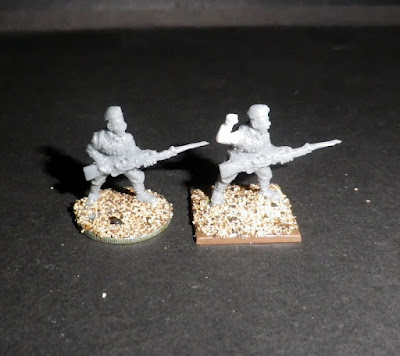 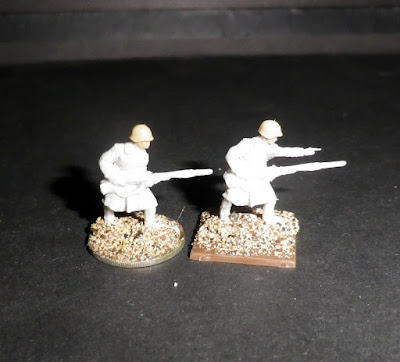 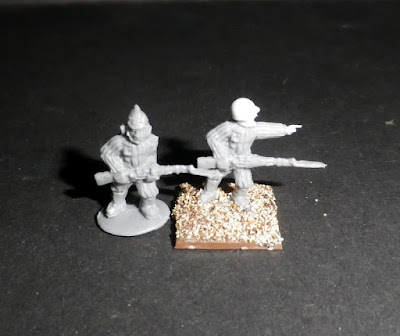 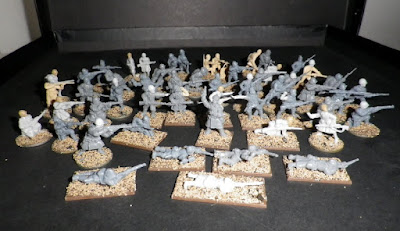 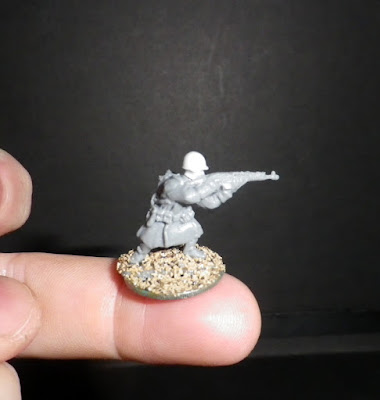 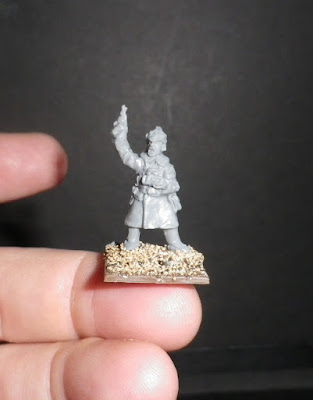 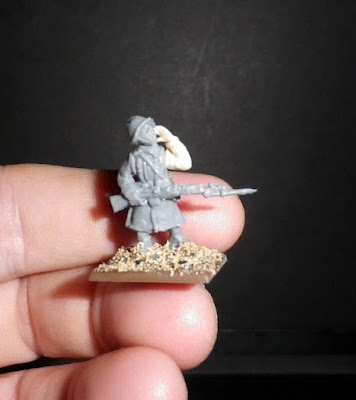 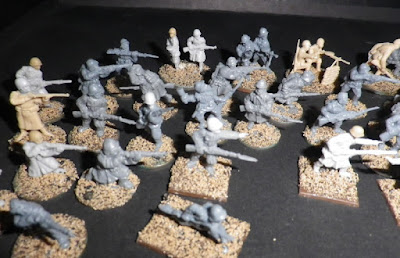 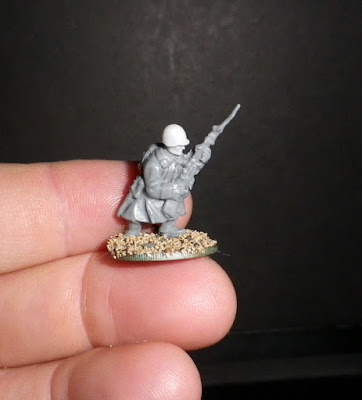 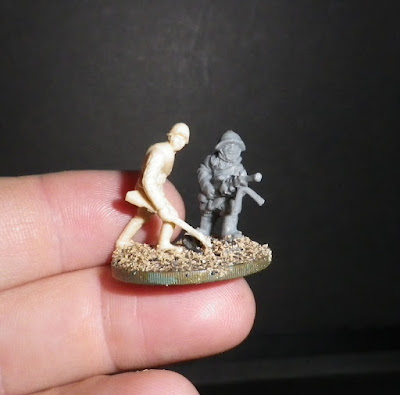 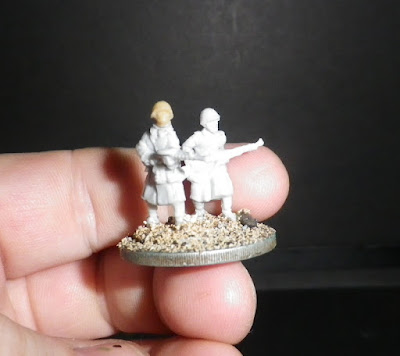