These are Command Decision's late war Germans, I have used green stuff to convert them to winter uniform, they aren't bad figures, some have pretty obvious mould lines, most are in good poses but some are poor, they are not all the same size, but neither are humans, proportions are generally good, they are smaller then BF figures, they come 50 to a pack and I bought 14 different packs I will post a picture of all the poses from each pack later, over all I would give them an average of 7/10 this is the first platoon of a Panzer Grenadier Company for FOW. I haven't sculpted the winter parka perfectly, but these figures are really small so they should look the part once painted. 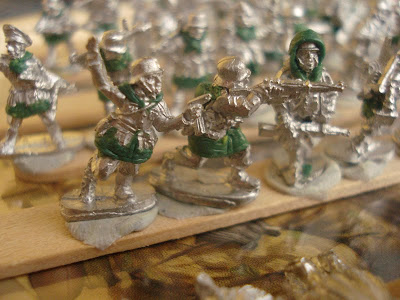 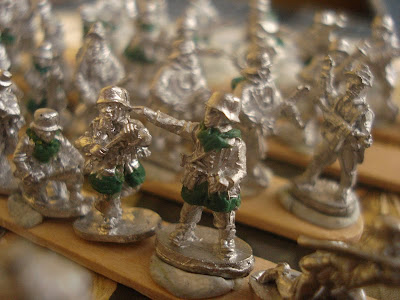 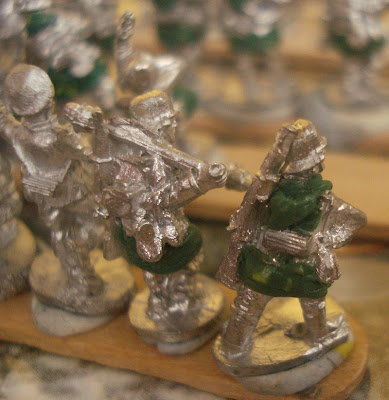 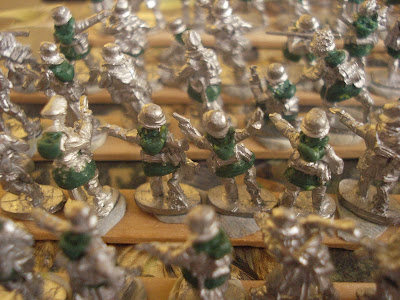 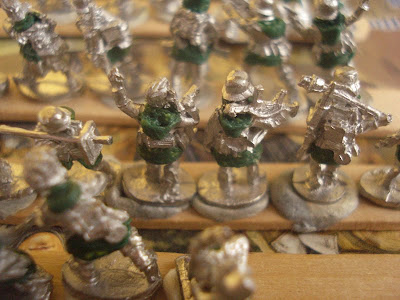 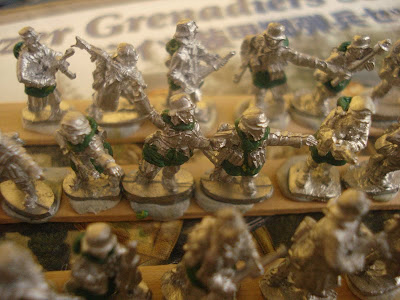