Hi guys, my next major project will be 1/72 WWII, I used to make detailed 1/72nd display models, and have built up a collection of 3 large removal boxes of unbuilt kits, I'd say 300+, but because they were for static models I have collected 1 of each kind, so unfortunately not many duplicate models, I used to take 2-4 weeks to make 1 display model, but I am going to try and build most of my stash by the end of the year (a big ask) but we will see, I will be building them in batches, but still want them to be quality models, I will start with the German kits
Here is the first batch, most of my kits are full models, but a minority are quick builds, to gain some momentum, I have decided to do most of the quick builds in the first batch, these aren't finished construction yet, so ignore any gaps and seams, will fill these with milliput.
I will give these vehicles generic German cammo and decals, but some of them will be Das Reich, there are vehicles for early, mid, and late war, in my collection, the German/Italian kits only make up less than a 3rd of my collection, the largest part would be Russian, then US/Brit make up about a 3rd, all vehicles will have crews.
Some 251s, 2 Dragon, 3 PSC and 1 Revell, these will have the interior painted before being fully constructed, I have 3 more PSC in my collect, but am waiting for the PSC conversion kit for thes.

An Italeri quick build PzIII J converted to a Flammepanzer III, I changed the barrel and added some details, replaced the hand rails with wire, added an open commanders hatch, it wouldn't do for display model, but makes an OK war gaming piece. 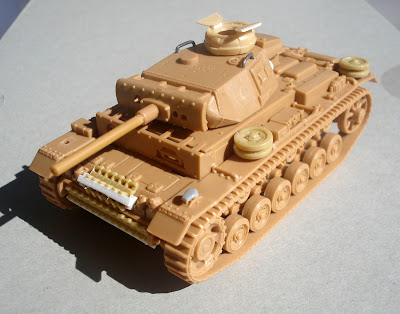 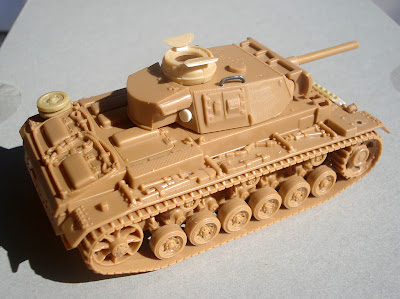 An Italeri quick build late Panther G, opened the hatch replaced the lifting eyes with wire, added some other details, again not a good display model, but good for war gaming. 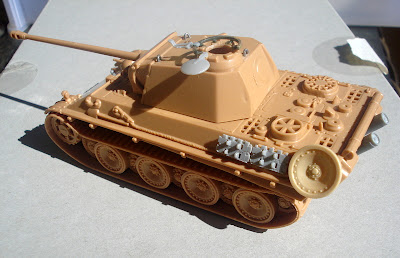 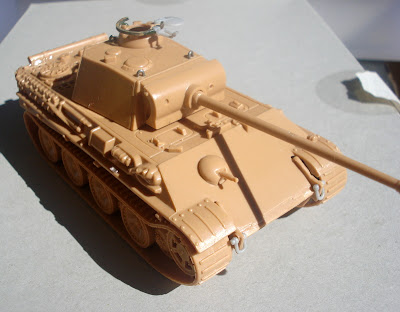 An early Trumpeter Tiger, not to bad a kit, had to open the commanders hatch, replaced the plastic grab handles with wire, I don't really like the rubber parts though. 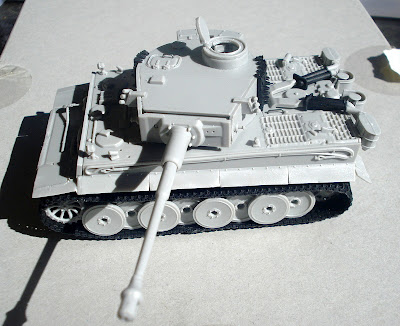 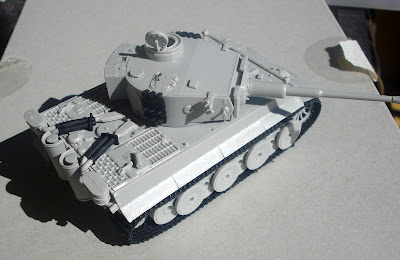 Hasegawa Puma, started making this a while ago and lost the commanders hatch, so had to scratch build a new one. 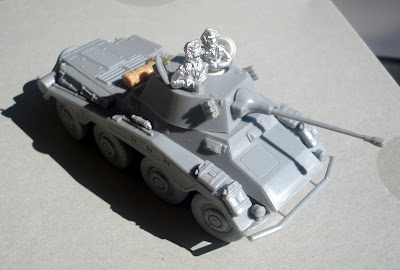 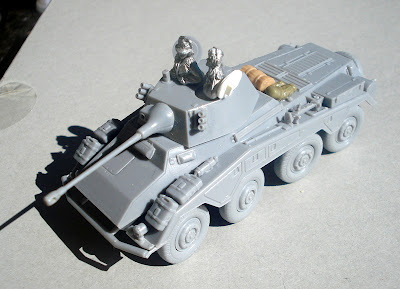 An Academy late Opel Blitz, I will leave the thick ugly windows off, the tarp will be covered with tissue for texture and a tarp roll added at the end of the cover, so it looks rolled back, there will be a driver add. 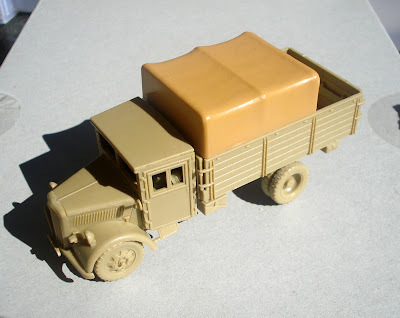 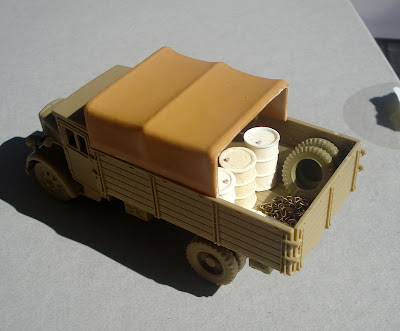