I have expanded my 1/72 early French force with a few tanks, and have gotten them all to a basic standard, and now I'll start detailing and adding stowage etc, starting with a Laffly S15 and V15 Artillery tractors, these are wargaming models not display models, so I am just getting them to a decent standard.

I have added some detail to the bonnet, a seem down the middle and a radiator cap, the detail in the back of the printed models crew compartment was very shallow and didn't match my example pic, also the rear of the vehicle looked to short, so I raised the whole thing by a couple of mm and re configured the bins, added a folded down roof and rolled canvas doors.

If it were a display model Id do something about the tyre tred, but I'll leave that, not sure if I should replace the window frame, I'll be adding a couple of tools to the rear panel, some stowage, then a couple of crew, and after painting I'll add clear windows, then onto the V15. 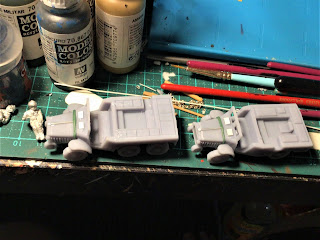 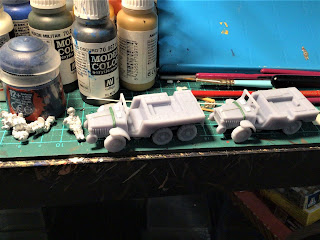 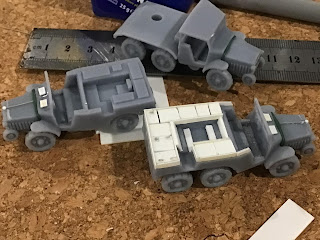 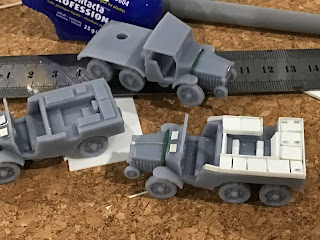 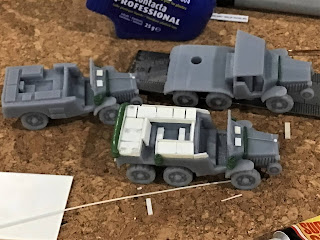 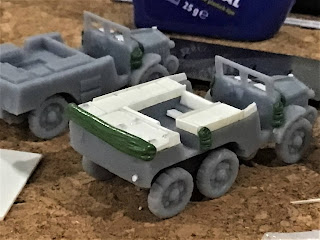 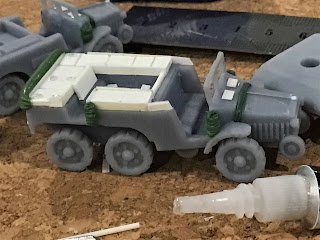 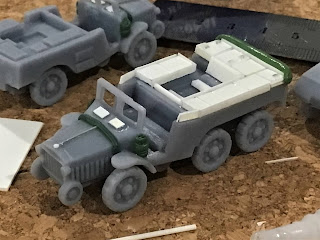 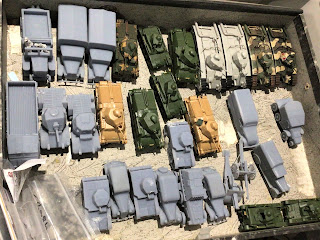 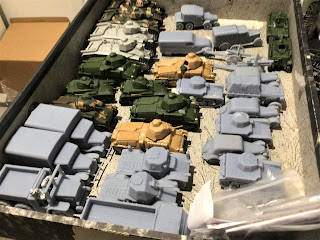