a night of firsts

Hi guys, this was my first (and only so far) cage fight, in an organization called X-agon, it was about 18 months ago at the Forum night club at fox studio's Sydney, there was a large crowd of a couple thousand, it was also my first professional fight (all my kickboxing and other martial arts tournaments were amateur) with a purse of $500, not bad for 4 minutes work, it was supposed to be a 3X5 minute round fight with UFC rules, for those who don't know, punches, back fists, elbows, knees and kicks allowed to the head and body, kicks and knees allowed to the legs, all forms of take downs and throws allowed except spear tackles, on the ground all submissions and chokes allowed except small joint manipulation (toes and fingers) punches and elbow allowed on the ground but knees only to the body of a ground opponent.
Well the fight was a battle of 2 halves the first couple of minutes I was able to dominate the stand up effectively, landing some punishing leg kicks and knees to the body and head, cutting him above the eye brow, I had prepared for a kickboxing apponent (as that was the info I had been given) however he turned out the be a grappler with strong BJJ, we ended up on the ground and his superior grappling skills were evident, after being on my back and being punched and elbowed for 1 1/2 minutes I managed to escape from his side mount and ended up turtled up, he delivered a knee to the side of my head in this position (which is illegal) that stunned me for several seconds then pulled off a sweet arm bar, I wont take anything away from him though his ground game was superior and he deserved the win, so it was back to the drawing board and more work on grappling for me. 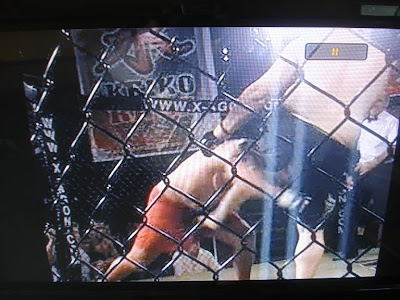 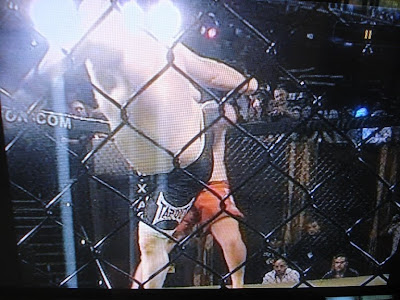 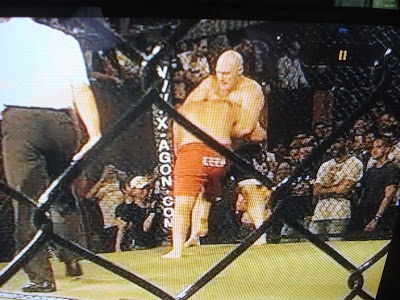 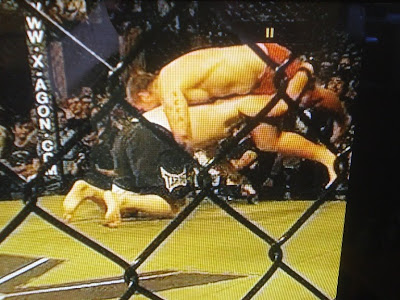 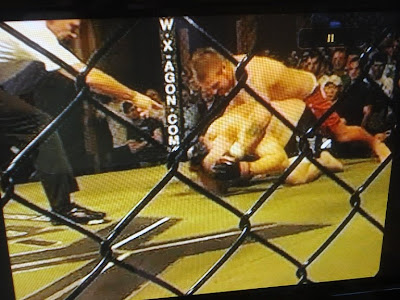 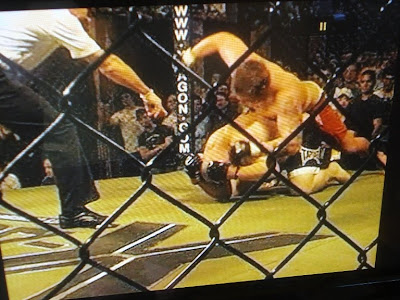 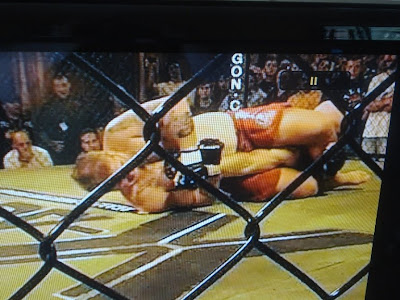