Hi guys, there have been a few reviews of the PSC quick build Pz IVs lately, however these reviews seem to usually be done by war gamers with war gaming in mind, my WWII modelling to date has all been static display models, so I will do a review with war gaming in mind but a static display background, I have decided to build mine into 1 F1 and 2 Gs for a Mid war German force.
I have experience with a range of models from the very basic quick build Armorfast to the very detailed, fiddly but accurate Dragon models, and everything in between, so where do the PSC Pz IVs sit? somewhere between the 2, they are much more detailed then Armorfast, with more parts, especially the tracks, I have used Armorfast hulls (which are generally correct in shape and dimension) as the basis of several detailed model conversions, but the Armorfast tracks/running gear are probably the worst out there (for static modelling, but sensible for quick builds) PSCs are much better, there is inside and outside detail on the tracks themselves, which come in 2 parts, and they have accurate looking track pattern (missing on Armorfast tracks)and track sag, the addition of an outer idler and drive sprocket give good detail, the only let down is the solid road wheels, this can be forgiven as it is a quick build kit and adding outer road wheel parts starts to get into the realms of detailed modelling.
The general shapes and dimensions look pretty good, and I'm happy with this, however old habits die hard, as I was building these three kits, I started thinking of how to improves them, this road leads to madness, I have to decide, am I making a detailed model or a war gaming kit? and the answer has to be an accurate, but fast built, war gaming kits, so I will only do some minimal detailing.
Firstly the hull machine gun had to go, the original is a thick stump with no detail, the barrels and exhaust need drilling, I have beaten up the fenders for some realism. Next I will add some stowage, and finally I may replace the headlights and notek if I can find some in my spares box, the ones on the kit are just detail less lumps.
I have mixed feelings about the figures, PSC figures have a tendency to have no necks, and this is the case here, there are 2 poses and they are both rather bulky figures, 1 has a side cap and looks like he is doing the chicken dance, his elbows are supposed to be leaning on the hatches, but he doesn't really look comfortable, the other is in a peaked cap and is standing higher in the hatch, I prefer my tank crew commanders to be low in the turret so have carved them to sit with just their heads out, and they look good like this.
One thing I learned during display modelling is to use references rather then build instructions when building kits, the perfect example is here, if you build using the rather poor instructions the command cupola will be wrong, it should have a vision block facing forwards, the other issue with this kit is that it is not possible to build an accurate Pz IV H out of this box, the Pz IV H had a round commanders hatch, only split hatches are found in this kit, this may not be a worry for most war gamers, and its not hard to scratch build one, but its something to be aware of. I am not 100% sure but I don't believe it is possible to make an F2 out of this box either, I believe (please let me know if I am wrong) that most if not all F2s were armed with the KwK 40 L/43 with a round muzzle break, the G later recieved the KwK 40 L/48 with the squarer muzzle break, and this is the only long barrel present in the kit.
There are no decals in this kit, and the build instructions are very basic and inaccurate.
Overall, with 3 kits for almost the price of 1 Dragon kit these are a brilliant buy, with the exception of the Hs commanders hatch, they are exactly what they are advertised as, a pretty accurate and not badly detailed fast build Pz IV that can be accuratly built into either an F1 or G, and a partially accurate F2 (apart from the muzzle break) or H (apart from the hatch), I highly recommend this kit, lastly this score is not one with display modelling in mind, it is taking into account, ease of construction, value for money and end result once built as a war gaming kit, 8/10. 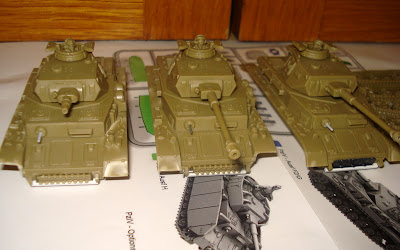 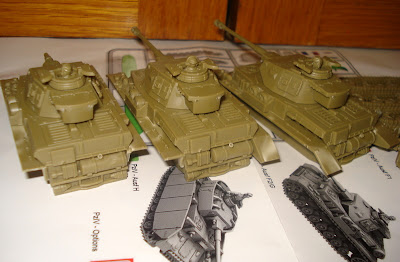 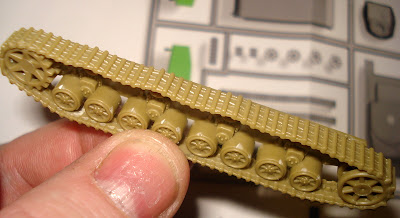