I haven't done any 28mm Sci-Fi since I stopped 28mm 40K in the early 2000s, instead I switched to 15mm 40K and Sci-fi in general, but seeing a lot of Stargrave posts has peaked my interest again, so I did a little search through my stash, along with a bunch of 40k stuff, that I may use, I found a box of Dreamforge Games Eisenkern power armour, some starwars droids, some galeforce 9 colonial marines and Aliens and this bunch of figs that I painted up in the 90s for use in Stargrunt.

I bought the none GW figs from a trade stall at a gaming convention in the 90's, does anyone know what they are, there 2 types, but they look like they are from the same manufacturer.

I'm unsure about the paint job, whether to improve the paint job they have or strip them and start again,  I'm leaning toward adding some greens to the camo, and using the brown on the padded armour as a base for Khaki grey, what do you think? 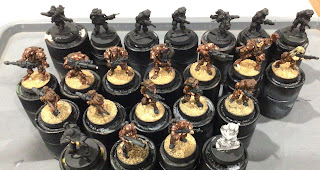 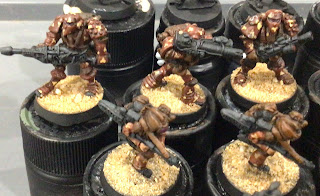 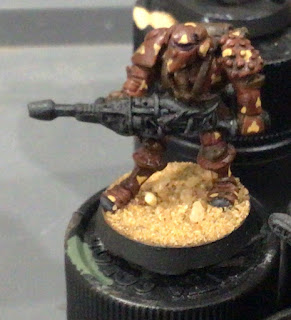 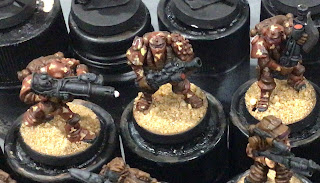 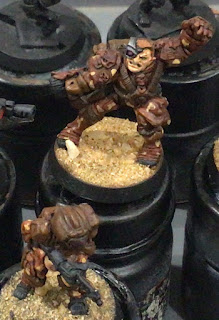 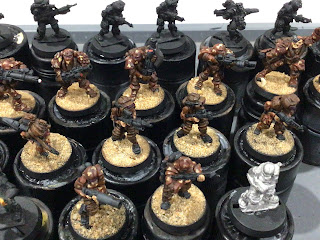 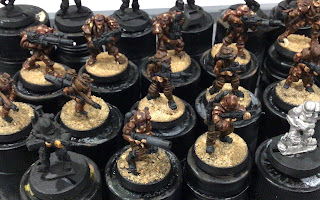 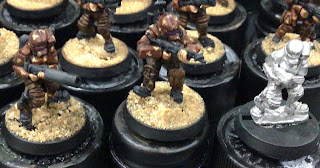 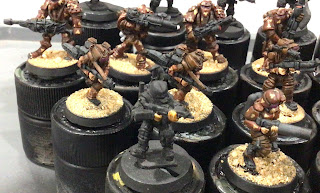 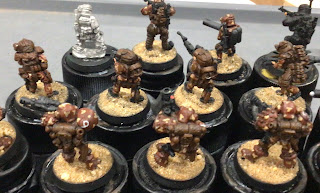 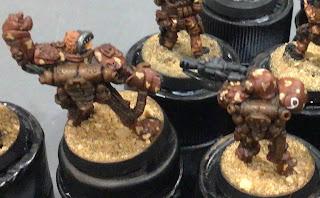 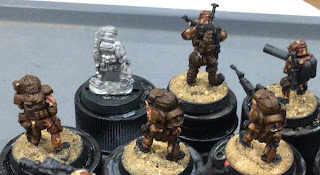 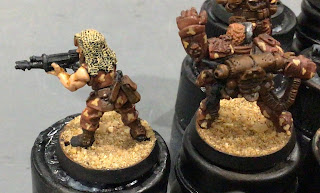 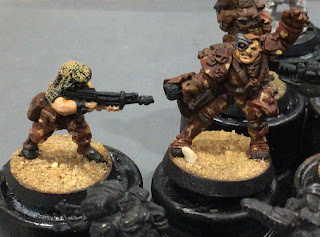 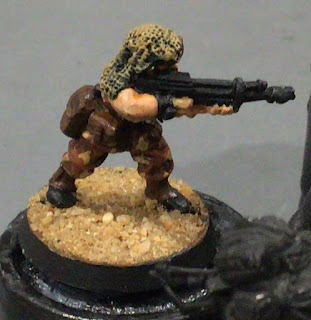