I've had a Futurama based space ship crew project bouncing around my noggin for a dozen years now, I had planned on sculpting the characters the old fashioned way, first in 15mm then 28mm, but never got around to it, so I thought it was about time to get the project rolling, and use the 3D printer, I downloaded the characters, sliced their heads off in 3D builder and sized them to 28mm, I started with using them on the Stargrave plastic sets, but wasn't happy with the chunkiness of the bodies for Amy and Leela, so I made a second one of each, which I think came out better, I'm pretty happy with Fry, Farnsworth and Kiff (although, he is a little tall and chunky) I still have Zapp, Bender and Dr Z to do, I've got a cracking Zapp conversion in the works, the other 2 will be very different to the original characters, I'll be doing Dr Z in combat mode, with his frills extended, and will be making him a hulking beast, much bigger than man size, Bender will be getting a combat robot body, I also need to find a Hermes head to add him to the crew, not sure if I'll do a Nibbler, what do you think? 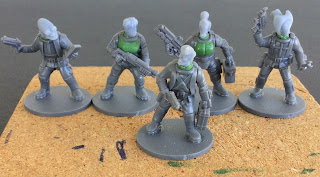 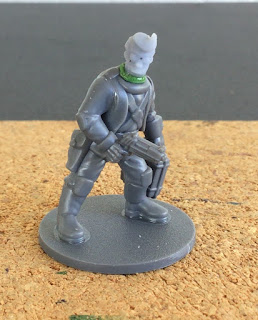 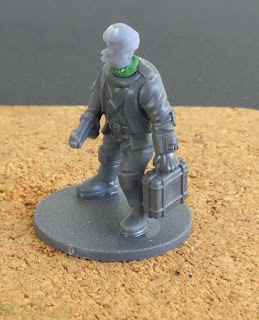 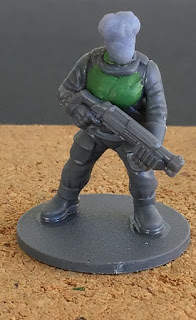 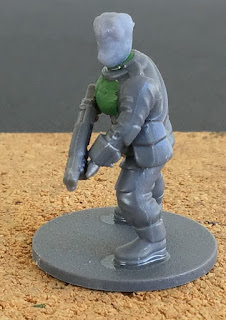 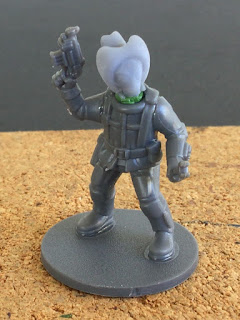 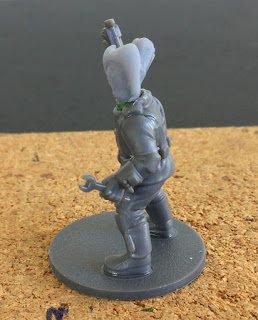 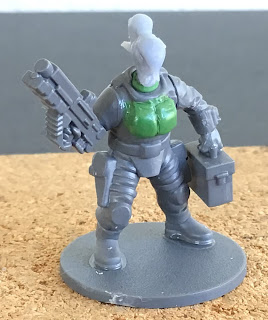 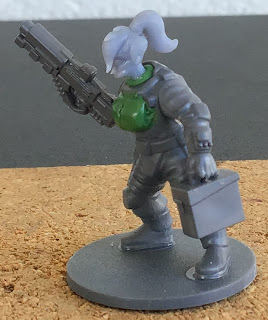 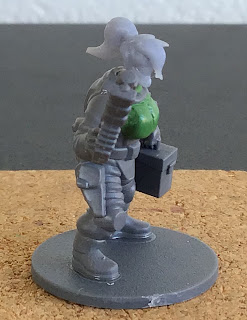 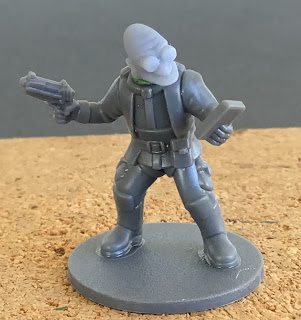 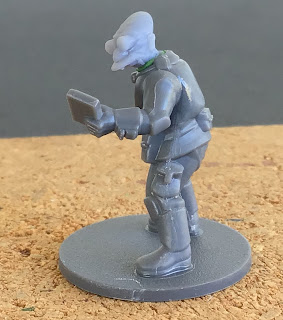 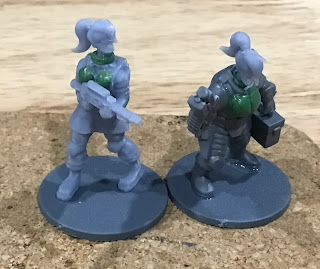 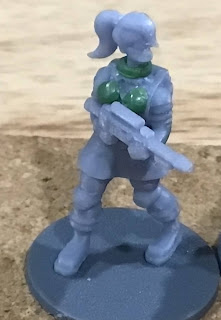 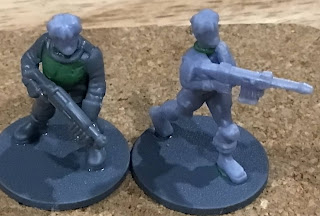 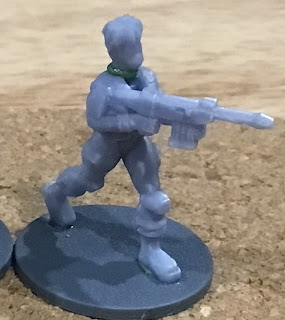 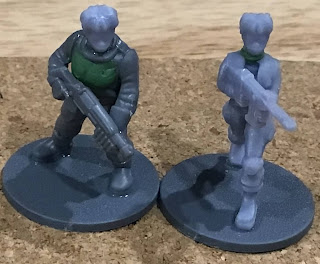